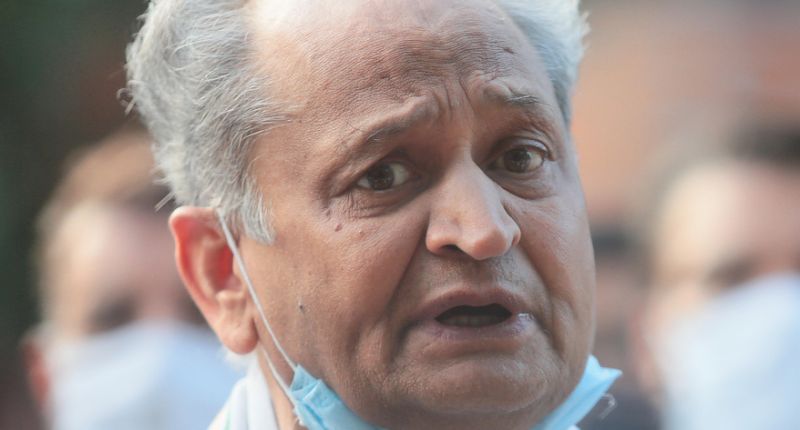 The ruling Congress has received a big jolt in the panchayat samiti and zila parishad elections held in Rajasthan. The Bharatiya Janata Party (BJP) has won more seats than the Congress and it is for the first time in last 15 years that the ruling party is trailing in these polls.

This comes close on the heels of rebellion in the state unit where the party managed to stave off threat to the Ashok Gehlot government leashed by the Sachin Pilot camp. Currently, the Pradesh Congress Committee stands dissolved and appointments are likely to be shortly. PCC chief Govind Singh Dotasara has been holding fort since July.

The state organisational machinery is clearly divided between the two camps, and the lack of co-ordination and infighting is one of the major causes of this loss.

Another reason is nepotism. The MLAs who were made in-charge of these elections, allegedly got their relatives tickets to contest. This demotivated the cadre of the party and handed the BJP its plank of ‘dynastic politics’ to attack the Congress.

Once again the Congress’ reluctance to join forces with smaller parties to take on the might of the BJP has been exposed in Rajasthan. The BTP has a good base among the tribals in south Rajasthan and it had also backed Gehlot during the crisis.

This loss again highlights Congress’ inability to defeat the BJP in a head-to-head contest. The by-poll results in Madhya Pradesh, Gujarat and elections in Bihar confirm this trend.

Even though the trend in Rajasthan of overthrowing incumbent governments favoured the Congress in both 2008 and 2018, the grand old party couldn’t touch the magical figure of 100 (halfway mark) on its own. This reflects the Congress losing its support base. During both these terms, it was Bahujan Samaj Party (BSP) MLAs who came to the Congress’ rescue by extending support.

The election results are significant as it comes at a time when farmers are protesting against the farm laws and rural India is facing economic hardships due to the COVID-19 lockdown imposed by the central government.

This victory provides ammunition to the BJP to prove its point that: one, the protests against the farm laws are largely centred in Punjab, and; two, the rural populace is appreciative of the efforts of the Narendra Modi government to ease the pain of pandemic, viz tools such as free ration, and cash to Jan Dhan accounts.

The results indicate that voters are holding state governments responsible for the hardships faced due to the pandemic and not necessarily the central government. In Bihar it was Nitish Kumar, in Telangana it was KC Rao, and now in Rajasthan, it is Gehlot.

Gehlot too blamed the pandemic for the party’s loss. He reasoned that the state government could not publicise the work it had done as the focus was on saving lives and livelihoods.

The tussle between Gehlot and Pilot is far from over, and both leaders are still vying for control of the state unit. With the election loss, the blame game could worsen the prospects of the Congress in Rajasthan.

Gehlot recently accused the BJP of making efforts again to topple his government. He claimed that Home Minister Amit Shah and Union minister Dharmendra Pradhan had personally met some Congress MLAs in this regard. Two BTP MLAs have withdrawn support to the Congress government. The grand old party didn’t back the BTP which emerged as the single largest party in the Dungarpur zila parishad. This angered Vasava who stood behind Gehlot government during the crisis.Gehlot’s accusation that there is threat to his government could be plain rhetoric.

Whatever the case might be, the Congress needs to set its house in order in the state pretty soon to avoid such loss of face in the future.

The article was first published here.