The crisis in the Congress party, precipitated by the dissenting letter of 23 senior leaders demanding leadership change, is far from over. A resolution passed by the Congress Working Committee provided the roadmap for election of the next President.

Sonia Gandhi adopted a ‘forget and forgive’ approach giving a clarion call to move on. Despite this assurance, the dissenters’ camp members were ignored in the appointment of key positions in the Parliamentary Panel ahead of the monsoon session.

Manish Tewari and Shashi Tharoor, two of the most credible faces of the party in the Lok Sabha, were ignored. A majority of the new inductees are either aligned with or are acceptable to what is known as Team Rahul Gandhi.

Both the camps have hardened their stance since then. A district committee in Uttar Pradesh reportedly passed a resolution demanding action against Jitin Prasada, one of the signatories of the letter.

Hitting back, Kapil Sibal from the rebel camp, tweeted:

Upping the ante, one of the key signatories of the letter requesting not to be named told television channel NDTV that Rahul Gandhi is in no position to lead the party to 400 seats in 2024.

Congress leader Ghulam Nabi Azad, who was one of the signatories to the letter of ‘dissident’, has said that the party is at the ‘historic low’ and will continue to sit in the opposition for the ‘next 50 years’ if elections to the CWC and key organisational posts are not held.

As per senior journalist Rasheed Kidwai, the group could approach Sharad Pawar and Mamata Banerjee for support.

Congress over the years has been weakened by a number of splits since its formation.

The earliest of the splits was witnessed in 1923 when Jawahar Lal Nehru’s father Moti Lal Nehru formed the Swaraj party due to differences with Gandhi.

Forward Bloc was formed by Subhash Chandra Bose who had differences with Gandhi on the methods to be adopted to drive out the British in 1939.

After losing Congress Presidency in 1950, Acharya Kriplani, was dejected and left Congress to form Kisan Mazdoor Praja Party in 1951.

Swatantra Party was formed in 1959 by C. Rajagopalachari against socialist policies of Nehru led Congress.

The above parties broke away from Congress due to ideological reasons. Then came a spate of splits after Nehru’s death which were a result of factionalism.

After the election of V. V. Giri, as President, in 1969, the Syndicate took disciplinary action against Indira and expelled her from the party.

In 1997, Mamata Banerjee left the Congress party accusing it of being a stooge of CPI(M) and formed the Trinamool Congress.

Before the 1999 elections, Maratha strongman Sharad Pawar raised a banner of revolt against Sonia’s foreign origin issue. He along with PA Sangma and Tariq Anwar formed Nationalist Congress Party.

In 2011 Jagan Mohan Reddy left the party along with his supporters after he was denied Chief Ministership following his father’s death. He formed YSR Congress.

The last of the splits have damaged Congress severely in the states. Mamata has emerged as the real Congress in West Bengal, she is in her second term as Chief Minister. Jagan has reduced Congress to nought in Andhra.

In Maharashtra, Congress has had to share power with Pawar for 15 years in an alliance. Both parties are part of the Maha Vikas Agadi government in the state with Congress as the junior partner.

These three parties bagged 8.1% vote share in 2019 Lok Sabha elections winning 49 seats, which is 3 seats lower than Congress tally of 52. If these splits had not taken place, the grand old party would have won a respectable tally of 110 seats in the general elections with a vote share of 28%.

The dissenters could be forced out

A section of the Congress led by these dissenters have lost faith in the Gandhi family’s ability to lead the party to victory. Sonia is well past her prime, Rahul Gandhi has failed twice, has not been unable to shed his non-serious politician image and Priyanka Vadra also hasn’t been able to do any wonders in Uttar Pradesh till date.

They think that their political career and its prospects are getting impacted by the decline of the Congress party.  It appears that these leaders do not want to join the Bharatiya Janata Party or any regional party. If elections are not held democratically for positions in the organization, they could force a split.

It is the first time in the past two decades that the authority of the Gandhis has been challenged. Sonia is the longest serving Congress President. Neither, Nehru, Indira nor Rajiv had such a smooth sail during their tenures as President.

Since the dissenters have attacked the hegemony of the Gandhis, a section feels, they will have to face the consequences. Disciplinary action against them cannot be ruled out. Loyalists and sycophants have joined the chorus.

While Trinamool Congress (TMC), Nationalist Congress Party (NCP) and Yuvajana Sramika Rythu Congress Party (YSRCP) are confined to the states of Bengal, Maharashtra and Andhra Pradesh, the dissenters’ camps have a larger footprint. However, in terms of charisma they lack leaders like Mamata, Jagan or Pawar.

Some critics argue that most of the signatories do not have a mass appeal of their own and cannot win elections without the backing of Gandhis.

Shyam Vij, a senior journalist, says, ‘The recent rebellion in the Congress party was by those who feel alienated by both Rahul Gandhi and the Sonia system. This is Ghulam Nabi Azad’s swan song, since he can see his career is over and he won’t be in the Rajya Sabha anymore. The real battle for generational control in the Congress will continue for a while; this is just a sideshow.’

A tug of war has started between the Gandhi family and the dissenters. It remains to be seen whether the party puts the interest of the family or the party first. Any split is likely to further weaken the party and dampen any chances of making a comeback in 2024 or even 2029!

This article has been originally published here 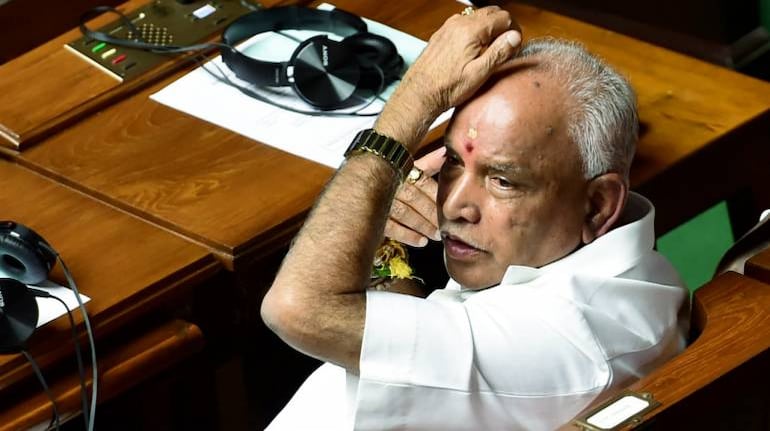