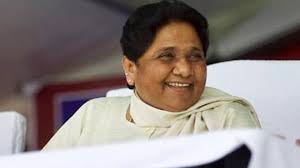 Consolidating her family hold on party with a shrinking vote bank, has made BSP chief vulnerable

The order was issued under the Prohibition of Benami Property Transactions Act, 1988. BSP has termed the act a conspiracy by the Bharatiya Janata Party (BJP) to throttle the voices of the poor, downtrodden, Dalits and minorities.

Anand was recently appointed the national vice president of the BSP. At the same meeting, she appointed her nephew Aakash Anand as national coordinator. Through this step, she initiated the process of passing on the baton of the party to her family members. A bitter critic of dynastic politics, Mayawati’s action left even her core supporters baffled. Many social activists allege that her actions have weakened the social justice movement of her late mentor Kanshi Ram.

Loyalists, however, claim that most regional parties today are family-held like RJD, DMK, TRS, TDP, YSRCP, SP etc. Family is the glue, which holds these parties together and prevents them from disintegration.

Most patriarchs try to close the leadership loop during their life so that their children/relatives do not face opposition from ambitious leaders post their retirement/ death.

At the same meeting last month, Mayawati formalised the breakup of BSP with SP, announcing it will contest all future elections on its own. She accused Akhilesh Yadav of not calling her after the results, working “against non-Yadav backward communities” and even neglecting the Muslims while he was the Uttar Pradesh chief minister. More importantly, perhaps, she alleged that Yadav votes were not transferred to BSP while her party transferred its votes to the SP.

Mayawati’s assertion is incorrect. It’s the BSP, which has benefitted more from this alliance. Her party won 10 seats in 2019, twice the tally of SP, after it failed to even open its account in 2014. SP could just maintain its tally of 5 seats.

The alliance was banking on DMY (Dalit-Muslim-Yadav) combination, which accounts for 50% of the population to see them through. The India Today-Axis exit poll showed that SP was able to consolidate the Yadav votes towards Mahagathbandhan (MGB) candidates. About 72% Yadavs in 2019 supported the Mahagthbandhan, up from 56% in 2014. In-fact BJP’s support among the Yadavs is expected to have declined by 9%, from 27% in 2014 to 18% in 2019.

SP also ensured that the Muslim votes were transferred to BSP candidates without any leakages; support received by the Mahagthbandhan from the community in 2019 was 76%, the same as 2014: this despite Congress not being part of this grand alliance.

So, actually, Mayawati lost support among her own Dalit community and couldn’t transfer votes to Akhilesh, while SP consolidated its support among Yadavs (contrary to popular belief) and managed to seamlessly transfer its votes. This is the reason why the BSP won more seats than SP.

Mayawati has a habit of twisting facts and figures to console her vote bank. In the 2012 Assembly elections, BSP received a drubbing and SP rejuvenated by young Akhilesh Yadav’s campaign won the polls. At that time, Mayawati blamed the Muslims and upper caste for her loss, while actually, BSP’s support from minorities and Brahmins increased by 3% each.

She lost because of the dissatisfaction amongst Dalits on account of the Brahminisation of their party. Scheduled Caste support for BSP declined from 86% in 2007 to 62% in 2012, shaving off 5% from its vote share.

SP and BSP expected to win 60-65 seats between them and play a key role in government formation at the centre. Akhilesh had openly announced support for Mayawati as PM. With BJP coming back to power with an even bigger mandate, Mayawati’s dreams were quashed.

With no role for her in central politics, Mayawati doesn’t want to leave the CM chair for Akhilesh. This would literally kill her party. Elections in the state are due in 2022. This is the real bone of contention.

In a triangular contest, Mayawati needs minimum 30% vote share to win elections. For the past few elections, BSP has been hovering around the 20% vote share. With just SCs (21% of the population) as anchor vote segment within which too the BJP has made inroads, BSP cannot win.

SP is better placed with MY as anchor vote bank accounting for 28% of the population. Without the Muslim vote, it will be difficult for BSP to be in contention. The Muslim vote increases her support base to roughly 30% of the population, including Jatavs. This is why she attacked Akhilesh for neglecting Muslims and suggesting to her not to field candidates from the community else it could stoke polarisation.

The non-Yadav OBC vote is now solidly behind BJP; 72% supported the party in 2019, an increase of 12% compared to 2014. Her statement that Akhilesh and his SP government worked against non-Yadav backward communities’ interests is not likely to cut much ice. SP and BSP combined could garner only 14% of non-Yadav OBC vote in the 2019 elections.

Mayawati would have become history if not for the support from Akhilesh. Deep inside her heart, she knows that too. But she wants to capitalise on the Lok Sabha performance and revive her party in the state elections. If the party doesn’t win or do extremely well in 2022 it could face potential electoral oblivion. She is facing the biggest challenge of her life. Only time will tell whether she succeeds or fails.

This article has been first published in DAN