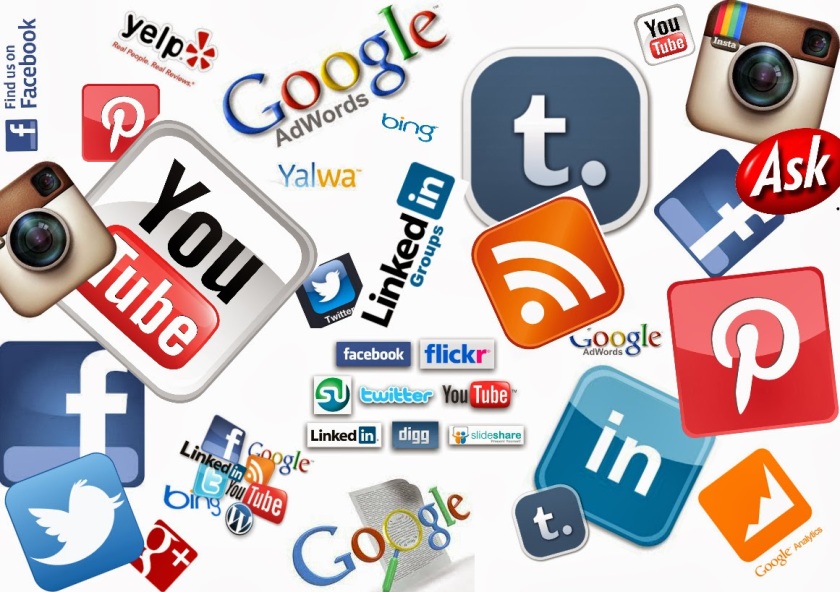 Social media today is the most popular and fastest medium of communication. In 2014 Lok Sabha elections BJP and then its Prime Ministerial candidate Narendra Modi used the medium to propagate its ideology and highlight the corruption scandals of UPA 2. At that time, other leaders and parties had not realized its importance giving Modi a free run in social media platforms. In-fact Rahul Gandhi joined twitter a year later in April 2015.

The 2014 elections in many ways is called India’s first social media elections. According to BJP IT Cell Head Arvind Gupta, it impacted results of 30 to 40 percent of the seats. Congress gearing up its social media infrastructure with IT cell, volunteers, verified accounts, influencers and even conservative parties like BSP registered its presence on the medium. The Congress versus BJP battle in 2019 was expected to be played out on social media. The increase in number of smartphones and cheaper data plans by Jio have helped in increased usage of social media platforms.

To answer the question ‘Did social media really influence the results of Lok Sabha elections?’, we have to analyze the following factors:

As per the report, Whatsapp is the most popular social media platform with 31% of population using it (daily / weekly / monthly / rarely combined basis). YouTube and Facebook are used by 27%-28% of population, whereas Twitter is used by just 7% of population. 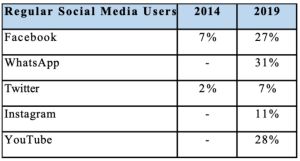 Caste wise break-up of daily / weekly users suggest that upper caste dominate the usage pattern across all platforms. The surprise package is the Muslim community which is ahead of OBCs in usage across platforms. This despite the fact that muslims account for about one-third of OBC population in India.

It is believed that youth and minorities generally come out in larger numbers to vote. For the first time ever, women who have comparatively lesser social media exposure than men, recorded same turnout as men. 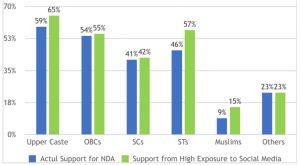 With the increase in internet penetration, social media is likely to play an even bigger role in upcoming state and next Lok Sabha elections. Opposition parties have to pull up their socks and beef up their social media teams and campaigns to take on the BJP.