In March 2018, the Supreme Court introduced safeguards in the Scheduled Caste-Scheduled Tribe (Prevention of Atrocities Act). The court introduced measures such as preliminary enquiry and anticipatory bail for the accused. This angered the Dalit groups, which called these measures as dilution of the act.

There were widespread protests in the country and seven people died in a Bharat bandh. At least 17 parties and many members of Parliament met President Ramnath Kovind and requested him and the government to nullify the Supreme Court ruling.

Congress leader Sonia Gandhi also wrote to the Prime Minister on this point. The government was under immense pressure from Bharatiya Janata Party (BJP) lawmakers and the community as well.

SC-ST community accounts for 25 per cent of population of the country. These voters had shifted allegiance from Bahujan Samaj Party and Congress respectively and supported BJP in large numbers. For most of the last decade the bahujans supported largely the Congress and BSP while adivasis mostly Congress.

Under pressure from various groups and to retain the SC-ST vote, the BJP government brought in an amendment to the SC-ST (Prevention of Atrocities Act) to nullify the Supreme Court order and mollify the Dalits in the hope that these voters who had flocked to BJP in large numbers in 2014, don’t drift away.

Its successful foray into the North East, which has significant high population of tribals, also put the onus on the Narendra Modi government to take some urgent action.

The fact that these communities accounted for more than 30 per cent of population in all the three states going to elections – Madhya Pradesh, Chhattisgarh and Rajasthan – also played a crucial role in this decision. The party hoped this could give it a boost in the elections considered as semifinals to the Lok Sabha elections in 2019.

The Results Show The Contrary

The best performance of the party was in MP, where Shivraj Singh Chouhan’s popularity and schemes for Dalits-Adivasis, prevented a rout like in Chhattisgarh and Rajasthan. Chhattisgarh was worst hit with the SC-ST flocking to Congress and Ajit Jogi who promised land rights for tribals.

As per CSDS post poll survey for Madhya Pradesh, for 40 per cent SC and 47 per cent ST community, the act was an important voting consideration. They were unhappy with dillydallying on part of the BJP government. Out of these, 49 per cent and 39 per cent respectively voted for the Congress party.

This acted as a double whammy for the party as it also instigated a swarn andolanin Madhya Pradesh and angered other castes in Rajasthan and Chhattisgarh.

Sapaks Party, born out of swarn andolan, scored more votes than margin of victory in two seats in Gwalior Chambal region, leading to the defeat of BJP candidates by less than 1,000 votes.

In one seat, Karera, it bagged 5 per cent votes, denting the party’s chances.

In Chhattisgarh, the Ajit Jogi party and Maya alliance dented the Dalit and Satnami vote bank of the BJP, handing it its worst defeat in the SC reserved seats since formation of the state in 2003.

In Rajasthan, even the return of Kirori Lal Meena didn’t help the BJP. Its tally among the ST reserved seats declined by half from 18 to 9.

Regional distribution in MP shows that not only the SC-STs but a handful of upper caste/OBCs deserted the party as well.

In Gwalior-Chambal which has the highest upper caste population in the state (28 per cent), party faced a rout. 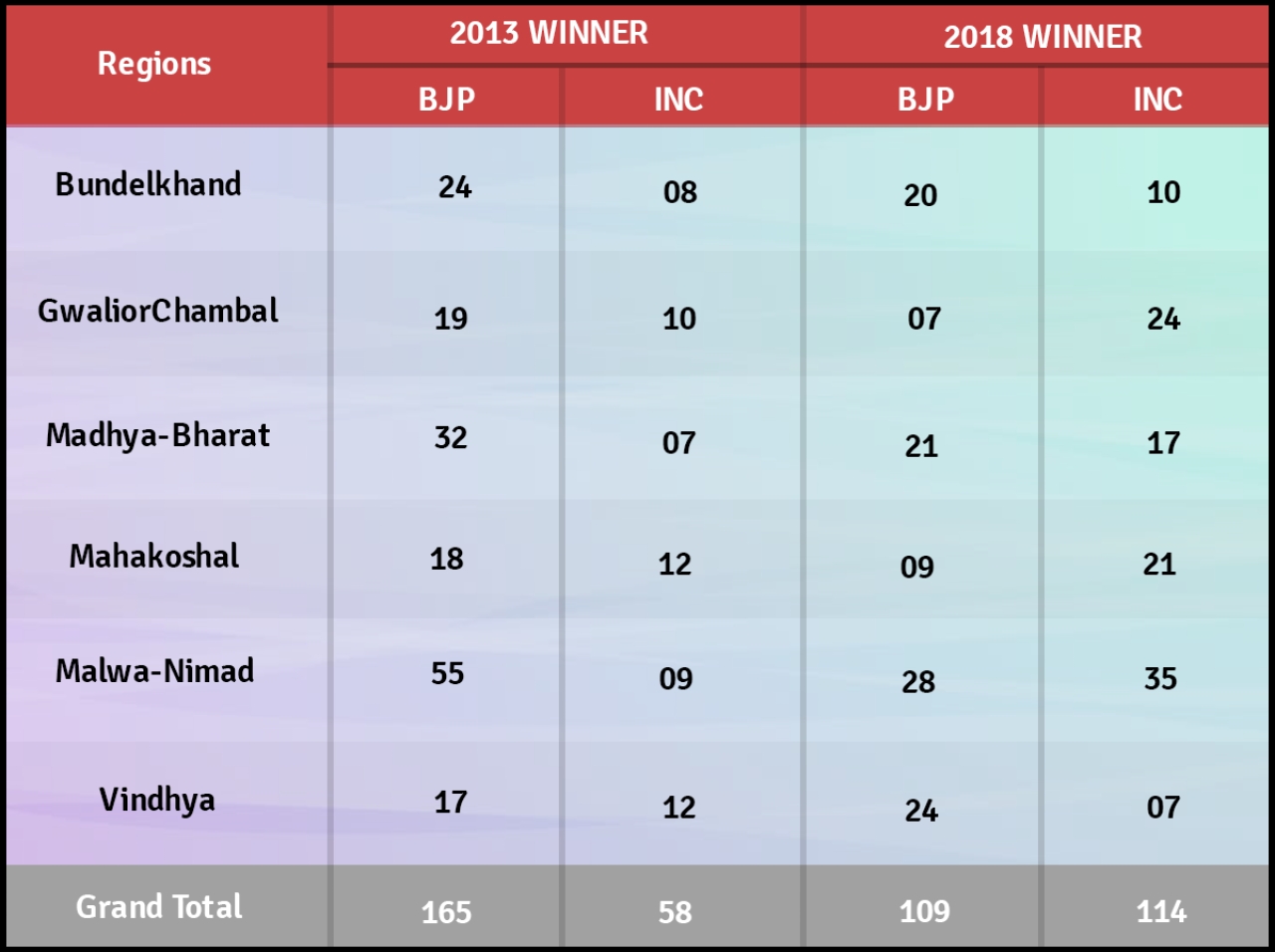 The Dalit-ire following the anti-Dalit violence across the country may have forced the Dalits to vote against the BJP. Dalit activists allege hundreds of FIRs were filed against them after the Bharat bandh which were never withdrawn.

The Congress party successfully managed to create a perception that BJP is an anti-Dalit party by building a narrative on social media.

Now, it’s a tough challenge for BJP, which has so far successfully managed the contradictions in its umbrella of social alliance, to take both the upper caste as well as Dalits-Tribals together as their support is important to repeat its 2014 victory.

Clearly, the amendment to SC-ST Atrocities Act, didn’t guarantee their support to the party, also it seems to have alienated its core support group of forward caste and OBCs.

This article was first published in swarajyamag.com on 20 Dec. 2018.