fascinating contest is on in Chhattisgarh, while Congress is aiming to cash in on anti-incumbency and make a comeback, Bharatiya Janata Party (BJP) is hoping to consolidate its position further. Elections are not won or lost on one factor but a host of factors. This is first of the two-part series in which we will try to cover the issues which are expected to dominate the state elections.

Like most states in India, Chhattisgarh is not untouched by caste-based politics. Nearly one third of the state’s population are Schedule Tribes (ST), while a further 12 per cent are Schedule Caste (SC). Other Backward Classes (OBCs) account for 41 per cent, upper caste per cent, Muslims 2 per cent and others 4 per cent. Chhattisgarh has 90 assembly seats, of which 29 are reserved for STs and 10 for SCs. The upper caste and OBCs have traditionally backed the BJP. While the ST community vote is equally divided between the Congress and BJP, SC community vote between Congress, BJP and Bahujan Samaj Party (BSP). While Congress won 18 out of 29 ST reserved seats in 2013, BJP swept the SC reserved seats bagging nine out of 10 seats.

The entry of Ajit Jogi has complicated the matter as he has significant influence over the Satnami Dalit community (stronghold of BJP) and tribals (stronghold of Congress). All the parties are attempting to create the perfect caste combination in each seat to sail them through. Strangely there is not much impact of the agitation by swarnas in the state against the Centre’s amendment to the SC-ST Act. While the forward caste doesn’t play a key role in determining who wins the elections because of their small population, almost half of the cabinet positions are occupied by them. 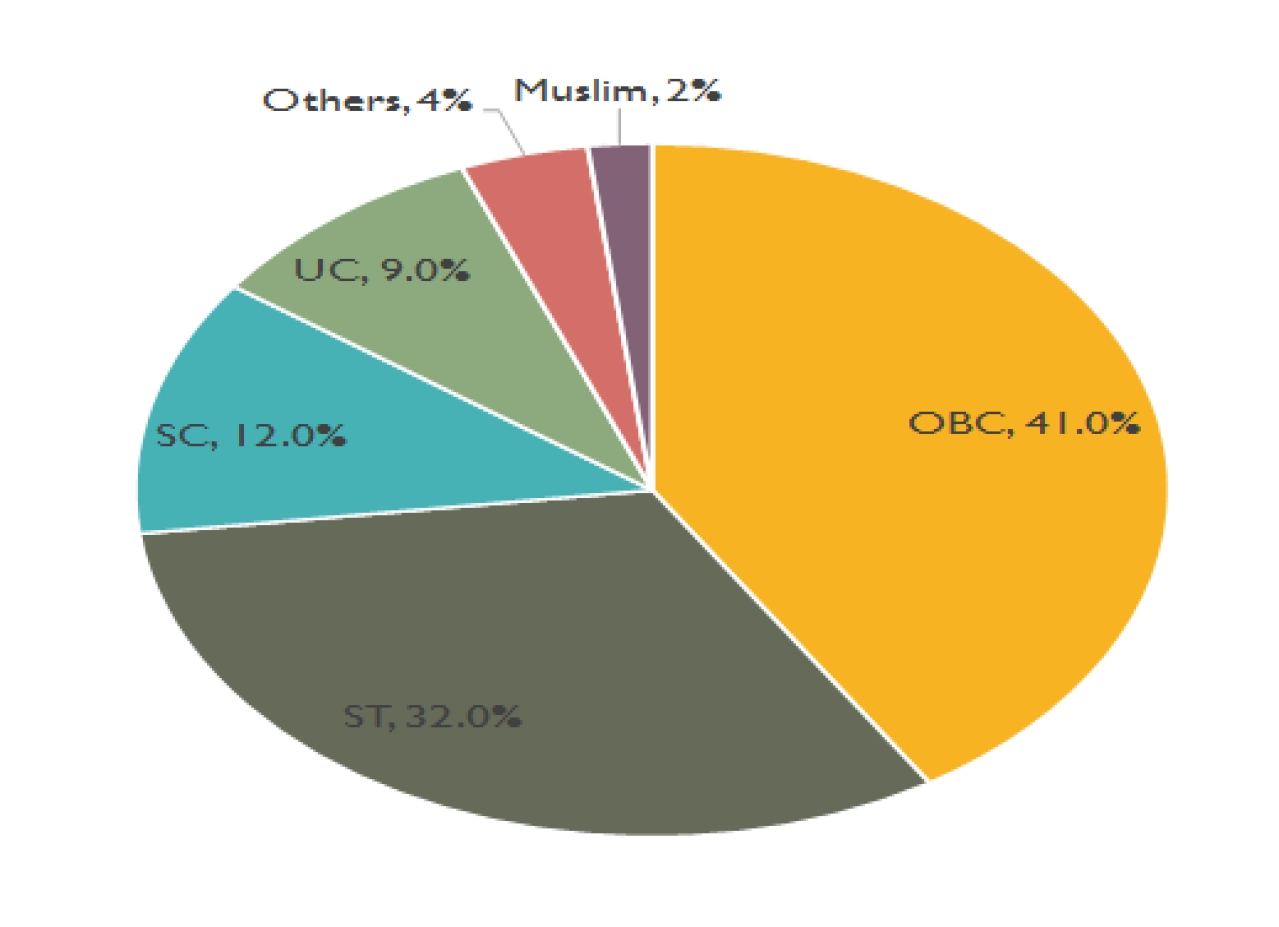 The BJP is hoping to encash the popularity of Chief Minister Raman Singh and his popular schemes in the state assembly elections this time and top it up the charisma of Prime Minister Narendra Modi. Even in ABP-C Voter survey which predicts a Congress win, Raman Singh leads the pack with 34 per cent respondents wanting to see him as the next chief ministe, Ajit Jogi is ranked second with 17 per cent. We have seen lately in state polls, party whose CM candidate leads the popularity ratings, normally goes on to win the elections. The troublesome part for Congress is that its leaders Bhupesh Baghel and T S Singh Deo are lagging even per cent behind Ajit Jogi.

In India Today-Axis MyIndia Political Stock Exchange (PSE) too, Raman Singh is way ahead of his rivals 41 per cent versus 21 of Baghel. Raman Singh factor played a crucial role in 2014 Lok Sabha polls as well. Modi factor was least visible in the state with only 10 per cent BJP supporters voting for the party because he was the PM candidate, national average was 27 per cent. Is it still that strong, or does he need significant pushing from Modi, remains to be seen. Modi leads the popularity ratings with 59 per cent want to see him as next PM for another term while 34 per cent support Rahul Gandhi for the top post. 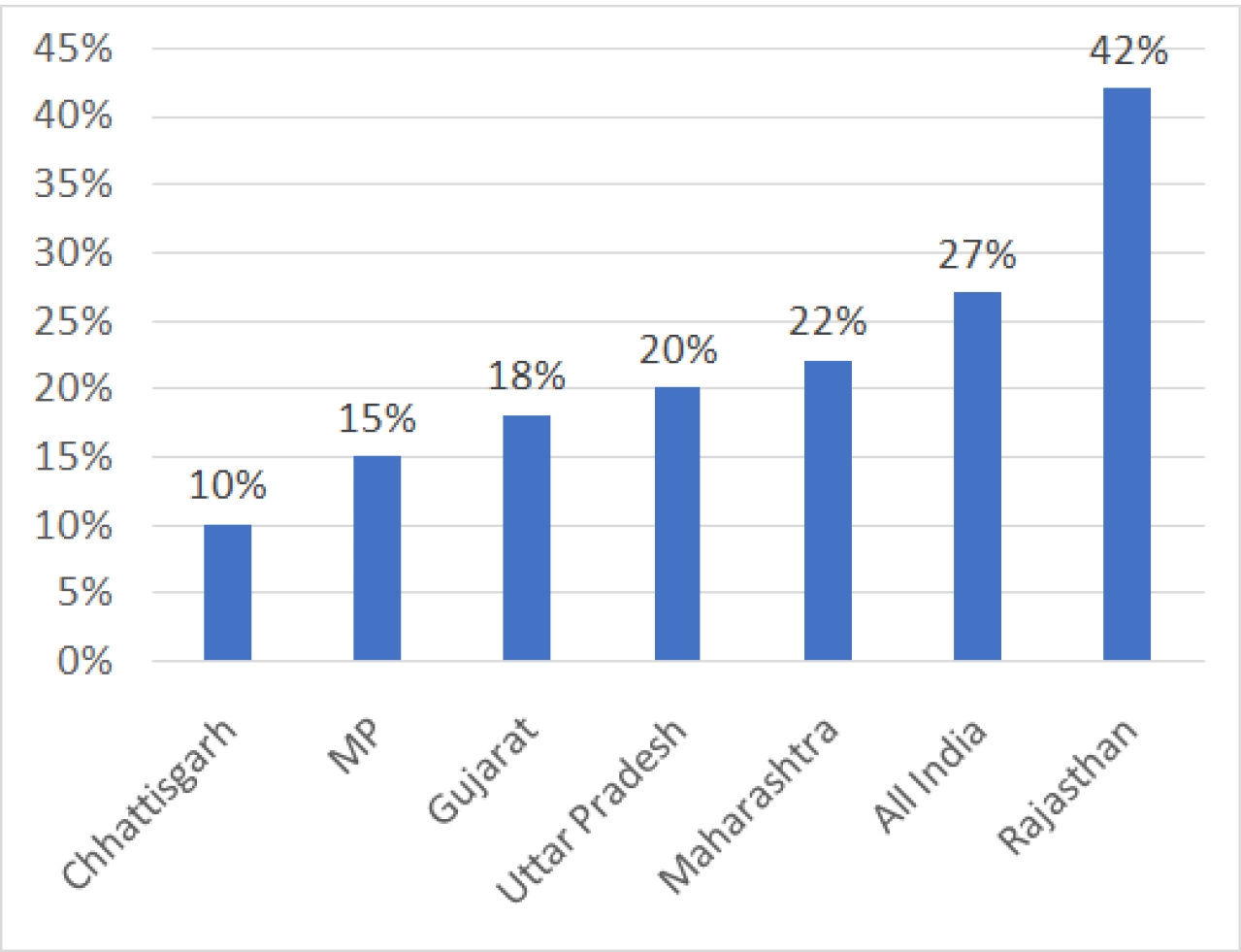 The elections in Chhattisgarh have always witnessed a nail-biting finish. The vote share gap between BJP and Congress was a meagre 0.7 per cent in 2013. BSP has a decent presence in the state with an average vote share of 5 per cent and 12 per cent support of SCs. It is for the precise reason that Congress is wooing Mayawati’s BSP to forge an alliance in the state. If the BSP and Congress would have contested together then the electoral fortunes would have been different in 2013, with the alliance winning by bagging 52 out of 90 seats.

Out of the 10 ST seats, BJP and alliance would have won five each. Mayawati’s strength is her ability to transfer votes to the alliance partner. The talks have not yet been finalised as Mayawati is demanding for a package deal in the three states which go to polls at the end of the year and next year Lok Sabha polls. Jogi is also eager to form an alliance with BSP. BSP is in hot demand in the state.

4. Factionalism In Both Parties

Elections in Chhattisgarh have traditionally been a two-horse race between the Congress and BJP. Congress is divided into various factions and sub-factions in the state. Bhupesh Baghel, T S Singh Deo and Charan Das Mahant are leading prominent factions. Due to infighting the party has not declared a CM candidate which could prove to be risky in a presidential elections format. Jogi leaving the Congress and forming his own party was a result of long drawn battle in the party. He remains the most popular Congress face still. Now that Rahul Gandhi has taken up the leadership mantle he will lead the party in the polls through yatras and rallies. In my opinion, his focus could be more on this state compared to Madhya Pradesh and Rajasthan.

It is widely acknowledged that while BJP has a sizeable and strong organisation in the state, Congress is bereft of such cadre presence. Baghel and Singh Deo are trying to revive the party structure at the block and at the mandal level. In line with BJP’s panna pramukh, Congress is also creating its army of booth managers. Both parties have created hundreds of WhatsApp groups to disseminate their political communication. Raman Singh has started a state-wide Atal Vikas Yatra covering all constituencies in a mass contact programme to seek votes for a fourth consecutive term. BJP has laid down a plan for ‘Nava Chhattisgarh 2025’ and prepared an ‘Atal Drishti Patra’.

The citizens of the state can provide their ideas and suggestions on the document in what is seen as a participatory governance outreach by Raman Singh. The Congress is countering this with in a unique way through T-shirts. The party has printed and released more than 1 lakh t-shirts with the slogan ‘Udd Gayi Vikas Ki Chidiya’ taking a jibe at the state BJP government.

What Are Opinion Polls Saying?

To sum up, a complex interplay of many factors will determine who wins this the prestigious Chhattisgarh election.