Bahujan Samaj Party (BSP) chief Mayawati has announced that her party will go it alone in Rajasthan and Madhya Pradesh which go to polls in the next two months. Mayawati, who announced this decision at a press conference on 3 October, has already formed an alliance with Ajit Jogi’s party in Chhattisgarh. This has ended months of speculation on whether a mahagathbandhan on the lines of Uttar Pradesh (UP) will be formed in these states to take on Bharatiya Janata Party (BJP).

Many analysts and news channels have described it as Mayawati dumping Congress and handing a severe blow to its prospects in the state polls, which are touted as semi-finals to the Lok Sabha elections. However, it’s the other way round. Congress strategists did earlier think of allying with Mayawati as it could provide them access to Scheduled Caste (SC) votes. However, after thorough deliberations decided to not move ahead.

Factors In Favour Of The Alliance

BSP has pockets of influence in these three states, which share their borders with Uttar Pradesh (4 per cent-6 per cent vote share in 2013 state elections).

Sawarn andolan has taken the political parties by surprise in the three states. Forward caste communities in the states are angry with central government’s decision to amend the Scheduled Caste and Scheduled Tribe (Prevention of Atrocities) Act after Supreme Court diluted the arrest provisions under the act. Upper caste forms a considerable chunk (15 per cent-20 per cent) of voters in these states. They are up in arms against both the BJP and Congress. SAPAKS, the body representing the upper caste government officers, formed its own party in Madhya Pradesh on Mahatma Gandhi’s birth anniversary declaring it will contest all 230 seats. Congress didn’t want to take the risk as any alliance with BSP would have been seen by the upper caste as party siding with the SC-ST. Congress wants to milk the upper caste disenchantment in these states. Therefore, it is talking of cows, making Rahul Gandhi Shiv-bhakt, Ram-bhakt and woo the upper caste voters.

2. BSP Has Lost Considerable Clout Since 2013

While BSP was demanding seats based on its 2013 performance, it has lost significant vote share in most states going to polls after that including a drubbing in UP. The non- Jatav voters are disillusioned with the party leadership as key positions in the party and benefits of reservations have eluded them. BSP is not the same force as it was in 2013. The two parties approached the seat distribution talks differently resulting in the talks failing. 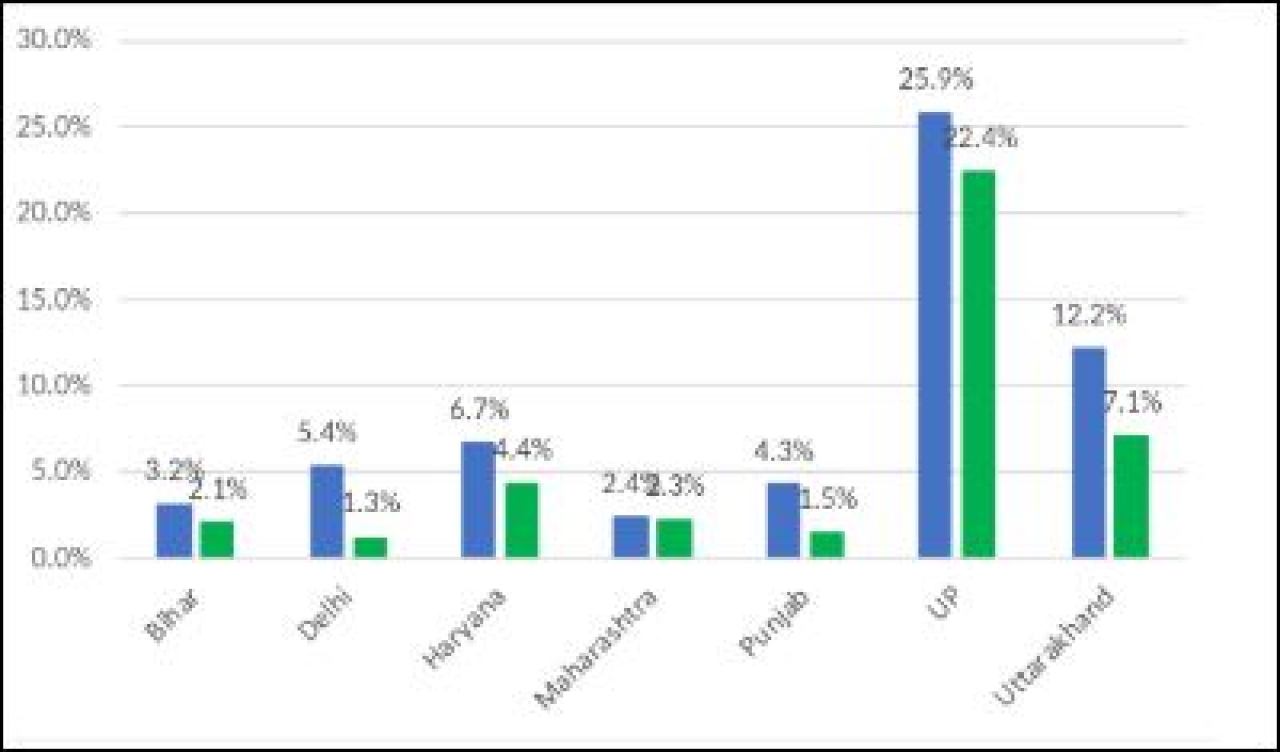 3. BSP Not A Significant Player In The Three States

The vote share of BSP in Madhya Pradesh was 6.4 per cent, Chhattisgarh 4.4 per cent and Rajasthan 3.4 per cent in 2013 elections. In Rajasthan, the government changes every five years and Congress is hopeful of victory on that factor alone without needing the support of Mayawati. In Chhattisgarh, the elections have always been close with Congress in with a chance even without the BSP. Madhya Pradesh is a state where she has the highest support among the three states and allying with her could have helped Congress put up a tough fight. A combination of factors like fear of loss of upper caste votes (sawarn agitation is strongest in MP), differences over BSP’s strength and exit of few leaders derailed the process.

Mayawati’s BSP has been out of power for more than six years now. After a rout in UP and with no chance until 2022, she has changed her strategy. Her focus is now on regional level alliances like in Karnataka with Janata Dal (Secular), with Indian National Lok Dal in Haryana to rebuild the party in states outside UP, piggybacking on the bigger partner’s vote bank. BSP won one seat in Karnataka and got inducted in the ministry. She was hoping she could get a good chunk of seats, win a few, and get included in ministry, if alliance won riding on anti-incumbency. However, her hopes are shattered as of now. That’s why she came out strongly against Congress in the 3 October press conference.

Trading Charges At Each Other; Sending A Message To Their Vote Banks

While Digvijay Singh accused Mayawati of parting with alliance talks because of Central Bureau of Investigation/Enforcement Directorate pressure from BJP, Mayawati called Digvijay Singh a BJP agent. This is nothing but posturing from both sides to keep their vote bank intact. She knows it will be difficult to hold on to her SC vote bank in these states now after failure of alliance talks. Why would Dalits vote for BSP, which has no hope of winning? A section might be tempted to return to Congress or even vote for BJP which is wooing them following the amendment to SC-ST (Prevention of Atrocities) Act. She might witness a further plunge in her fortunes nationally, and in other states.

Both sides have kept the option open for the 2019 Lok Sabha alliance either separately or as part of the mahagathbandhan. Mayawati feels in case of a hung Parliament, she needs a good number of MPs to back her as prime minister, but for that she needs a helping hand. It is worth noting that BSP gained vote share in UP at the expense of all parties –BJP, Congress and Samajwadi Party, with which it formed an alliance at some point.

This article was first published in The Swarajya.