The article has been co-authored by Suryakiran Tiwari (aka Politicalbaaba) and Subhash Chandra (Political Insights Consultant).

Arun Jaitley will be presenting his third budget under Prime Minister Narendra Modi this month. While India is now the fastest growing economy in the world at 7.4 per cent in the second quarter of FY16, even supporters of the BJP would admit that the euphoria is missing on the ground. 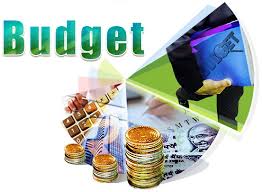 People across the spectrum are already challenging the 7.4 per cent number after change in base year and formula to calculate GDP is still to convince analysts. Jaitley has challenges to face and he is under immense pressure with a section of the public already questioning whether he is the right person for the job.

We have come up with ten announcements which would bring a smile on the faces of individual taxpayers / public in this challenging environment:

If this is carried out, it has the potential of bringing relief to individual tax payers. The net take home would increase by 5-35 per cent depending upon the tax bracket. BJP leader Subramanian Swamy has been advocating this for some time. This can have a huge impact on savings and consumption which can in turn boost industry and services growth.

Total personal income tax collection was Rs 278,599 crore in 2014-’15. Less than 50 million people file income tax returns. Out of this, only two million people report taxable income of greater than Rs 10 lakh. The majority of the tax burden, that is 75 per cent, is on their shoulders.

Personal income tax accounts for nearly 17 per cent of the total receipts of the government. If government forgoes this amount, its revenues would decline. If revenue decreases, the government will have to reduce expenditure or compensate through some other avenues of revenue to maintain deficit at current levels. Some of the social benefit schemes like Mahatma Gandhi National Rural Employment Guarantee Act (MGNREGA) and fuel subsidies where there are significant leakages (though some work has been done to contain them) could be curtailed. But this may backfire against the government.

If this amount that is levied as personal income tax is left in the hands of taxpayers, nearly 30 per cent could be saved according to the current savings rate of India. This means nearly Rs 83,000 crore could find its way into bank deposits, LIC plans, mutual funds, equity markets and so on. The balance of nearly Rs 1,95,000 crore could be spent on consumption – electronic goods, travel, clothing, so on and so forth. This accounts for nearly five per cent of the total private consumption expenditure and 1.5 per cent of the GDP. This could also lead to about one per cent increase in GDP.

Additionally, consumption would add nearly Rs 30,000 crore by way of indirect taxes (assuming an average 15 per cent excise/service/other taxes). This way about 40 per cent of the revenue loss, if income tax is abolished, can be recouped. Anyway, only a miniscule part of the population pay income tax. Why burden them?

2. Reduction of individual tax rates or increase in tax slabs

While crude oil prices have declined by nearly 70 per cent from $100/bbl to $30/bbl levels, price of petrol has declined by only 25 per cent from Rs 80/litre to Rs 60/litre (Delhi). The reason is that the government has been hiking the excise duty on petrol to make up for the less than expected collection in direct taxes. Currently, specific excise duty on petrol is Rs 21.5/litre. It was only Rs 9.5/litre in April 2014. If this additional Rs 12/litre is removed, petrol price in Delhi would be Rs 48/litre.

Assuming 100 litres of consumption per household, this translates into savings of Rs 1,200 per month. Not many critics would argue. But in the aggregate this leaves Rs 1,20,000 more money in the hands of public which could then be saved or expended. This is roughly three per cent of India’s private consumption expenditure, one per cent of India’s GDP and can have a huge impact on growth.

a. Removal of ceiling on housing loan interest

Currently, there is a cap of Rs 2 lakh on housing loan interest. Two-third of unsold flats in Mumbai cost over Rs 1 crore. Assuming Rs 1 crore as the base price, an 80:20 debt-equity scheme and a loan of 20 years easily means upwards of Rs 5 lakhs per annum as interest which can be claimed as a deduction. If the cap is removed enabling actual interest paid to be claimed as deduction, it would provide a massive boost to the construction sector which is witnessing a slowdown.

b. Treat home ownership in the same manner as equity

The probable aim of providing a different taxation rule for property-versus-equity is to give more stability to the property market. In reality, these reduces liquidity in the market, thereby pushing up prices artificially. In China which has a vibrant property market, the sale of property is taxed at a flat 20 per cent and deductions are provided for reasonable expenses with an upward cap of ten per cent. A further business tax of five per cent is applied if the property has been owned for less than two years.

In India, selling a home within three years of ownership invites the same taxation rate as your current tax slab. If the property is owned for more than three years, no taxes are to be paid if and only if the seller reinvests the money in a variety of scenarios. In case of the equity, long-term gains (equity held for more than one year) are not taxed while gains from sale of equity within one year are taxed at 15 per cent.

The property market would become a much better traded market with a better price discovery if it were taxed exactly in the manner as equity gains. It would also be much simpler instead of the current complex process of host of deductions, indexing and having to consider a variety of financial instruments (including other property) for reinvestment.

It is a well known fact that most people do not declare rental income given the high tax rates (anywhere between 15-20 per cent net depending on city, property value and tax slab). At the same time, the number of people claiming to pay rentals would be significantly higher than the number of people claiming to receive rentals. That is because those who pay rentals receive a tax benefit. The best solution is to reduce the overall taxes on rentals received to below ten per cent ensuring that more and more property owners declare their income. This will also open up a larger market for rentals keeping the rental market in control and reducing the difficulties of young families and bachelors.

Currently, there is a cap of Rs 1.5 lakh for investments under section 80C for the salaried class. The cap on tax investments discourages further savings by individuals who can afford to save more. If deduction is based on actual investments, we could see a spurt in savings which would provide additional money in circulation in the economy with banks, insurance firms and mutual funds.

India’s female work participation rate has deteriorated from 35 per cent to 27 per cent over the last ten years. Young mothers have a huge challenge getting back to work soon after the baby is born. The government should a find a way to support this workforce as the tax benefits will be easily paid out by higher productivity from these employees. We believe that any childcare-related expenses (Like creche, appointing a nanny and so on) should be tax-deductible. Further, any expenses incurred to allow for a woman to continue work productively must be tax deductible.

In case nothing substantial can be provided (income taxes can’t be abolished or tax rates can’t be reduced), Jaitley should look at bringing back standard deduction for the salaried class which was done away with in 2006. One of the biggest reasons for restoring standard deduction is to bring parity with professionals and corporates. Professionals and corporates can claim all expenses incurred in earning income as a deduction. Taxes are computed on this net income.

A salaried taxpayer also incurs expenditure while earning his salary – conveyance, salary of driver (if applicable), food and refreshments, clothing, stationery and so on. Standard deduction would ensure some sort of relief.

People opposed to this idea argue that the salaried class gets a host of deductions for investments, housing loan interest, medical insurance etc and there is no need for a standard deduction on the top of it. But these are directed tax cuts, and you get a deduction, only if you purchase a house or invest in government-directed schemes. Additionally, they all are subject to caps which are not the case with professionals and corporates.

8. Rationalisation and simplification of tax code for individuals

The BJP had put in its manifesto “rationalisation and simplification of the tax regime, which is currently repulsive for honest tax payers” as one of their priorities.

In Budget FY15, Jaitley made his intentions clear to rationalise the tax exemptions and laying out a roadmap for lowering corporate tax from 30 per cent to 25 per cent in the next four years. There is also a case for streamlining and simplifying the tax process for the salaried class.

The salaried class enjoys a host of exemptions and deductions. These act as the government giving cash in your left pocket and then taking it back from your right pocket in the form of taxes. In the end, the salaried class wants to know how much it gets in hand (take home salary). Life will become so simple if all deductions and exemptions are done away with and a flat tax rate is introduced with tax brackets. Everybody can easily calculate their tax liability and net take home amount. Thousands of man hours won’t be wasted on this trivial matter which could be used for other productive purposes. Some income tax officers would be free to do other important stuff like tracking tax evaders, unearthing domestic black money and the like.

India can become great only if communities work together on common goals. One way to encourage this is introduction of community tax discounts. For example, expenses incurred on Swachh Bharat Abhiyan in your neighbourhood as part of a larger group (even if small) should allow for a tax deduction. The tax benefits for the community as a whole is a recognition not just of the task accomplished but also the fact that the community have come together. This can be extended to other group activities as well.

To sum up, tight markets globally, Jaitley’s penchant for pet schemes of the UPA like the MGNREGA, lax tax revenues (especially on the corporate side), tough fiscal deficit targets to maintain credit rating, and Modi’s efforts at populism to woo back rural voters are some of the factors which would be an overhang on this Budget. Let’s see what Jaitley has in store.

This article was originally published at DailyO.