As we approach Phase 3, I thought it’s good to reiterate my predictions for elections held till now on 81 seats (Phase 1 & 2 combined). There has been some confusion as people have picked up lower end of ranges and tweeted causing a lot of questions from followers on what’s my final count and as found out I too had made an error in calculations.

There is a big discussion on social media, whether Janata alliance is ahead in Phase 1 & 2, if ahead by how much and whether the elections are a tight / close battle or not.

*Swing seats are the seats in which NDA was leading in LS polls in 2014, but as soon as you aggregate the vote share of JDU and RJD / Congress (which fought separately then), NDA loses the lead and it goes to Janata alliance.

The final tally in 2010 assembly polls was 141 for Janata alliance (JDU 115, RJD 22 & Congress 4). To win and be on the safe side NDA needs to reduce Gathbandhan tally to 100-110 seats. This means it has to snatch 31-41 seats from Janata alliance in 5 Phases. They needed to snatch 10-14 seats in Phase 1 proportionately, which they seem to have been able to do even in a worst case scenario of 35 seats. So NDA is on track.

I re-inforce my view point that this elections are very close and will go down to the last vote count. When I say close contest, people say that I am giving contradictory statements. This is because they are looking at the final tally only. Even a result of 143-100 in favour of NDA can be close elections, if the victory margins on majority of the seats is less than 3,00-5,000 votes.

Why would this elections be close?
• High number of candidates in every seat (average is 14 till Phase 3)
• Rebel candidates of both alliances, almost 1/3rd of the seats are witnessing serious rebels from either alliances
• High number of cross over candidates leaving the local cadre of parties un-enthused (BJP has given ticket to some ex JDU MLAs, RJD to LJP candidates and vice-a-versa)
• No clear favourite alliance of two important caste groups – MBCs and Koeris – accounting for 25% of population
• High pitch poll campaign

It’s a close contest and the ultimate winner will depend on whosever favour the above mentioned factors go. A good thing for NDA is that the vote share advantage of Janata alliance in the swing seats in Phase 3 is the lowest among the 3 phases at 5.9%. This is the phase where NDA can get a lead from Janata alliance in the race. Watch out for post poll update on Wednesday evening or Thursday morning…

Have a look at the seat by seat analysis and dynamics.

Have a look at the grand master sheet for Phase 3:

Want to know about Phase 3, have a look at the detailed overview. 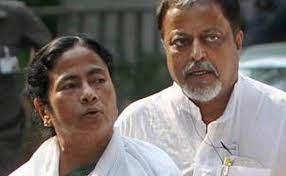