Wrap up of important India news during last week by Politicalbaaba.

With inputs from Akansha Nishat.

Modi completed his 3 nation tour of France, Germany and Canada this week. While important deals like purchase of Rafael jets from France and uranium from Canada were sealed, unnecessary controversy was created wrt his speech in front of Indian diaspora.

Read my detailed take on the tour in this article below:

Sanjay Raut, stirred up controversy for his remarks that voting rights of Muslims should be revoked as the community has often been used to play vote bank politics.

One after another controversy last week their target was Shobha Dey for her Marathi movies in multiplexes remark.

A day later Saamna their mouthpiece  carried an article stating Muslims and Christians need to adhere to mandatory family planning norms as their population growth is a threat to Hindus in India.

Shiv Sena is struggling coming to terms with the fact that it is no longer the dominant Hindu party in Maharashtra, place snatched by partner BJP. While credit rhas to go to Uddhav and his son Aditya for trying to change the image of Shiv Sena from aggressive Hindutava  party to a more acceptable liberal / moderate party old guards still don’t want to change. They have not learnt any lessons from the near political extinction of Raj & MNS who was famous for this kind of hate politics.

Another factor which could have forced SS to make such statements is the rise of Owaisi’s party MIM in Mumbai / Mahatashtra. Minority votes are weaning away from Cong / NCP to MIM as they are emerging as championing minority rights. SS see this as an opportunity to woo back it’s hardcore Hindutava / Marathi voter.

A complaint was filed with NCM but nothing will happen…

3. Rebels hold Swaraj  Samwad while AAP readies to expel them from party

The attendees discussed how party has gone against its founding principles & their strategy to tackle Kejriwal group. This was a show of strength and if you rate it as per Delhi region it was a flop. On a national scale though it was successful.

In many ways it was ground preparation for launching a new party. AAP has issued show cause notices to PB & YY setting the ground for their formal expulsion from party for anti party activities.

The key here is whether PB and his father who are known for their legal acumen / skills will go to courts challenging Kejriwal’s control.

As I have said earlier exit of PB & YY will not have any impact on Delhi govt. as they are not mass base leaders. Big split in party is unlikely. It may have impact on AAP growth nationally. AAP will miss the strategic inputs from PB & YY though.

Read my detailed article on this topic in Oye Times (Canada):

A lot of controversy was created when some declassified papers accessed by Mail Today & India Today showed that Nehru govt. snooped on Netaji family from 1948-1968. It also showed that IB of India was sharing information regarding SC Bose with Britain’s MI5 about his whereabouts in 1948. This is bizarre.

This has again brought to the forefront demand for declassification of docs related to Netaji’s death / disappearance.

Many questions like is Netaji dead or alive, how did he die if at all, who was responsible etc. have still not been answered. His family members and people of Bengal from where he belonged have always demanded declassification of docs so that truth comes out.

History text books have shown India’s freedom movement as non-violence based. SC Bose fell off with Gandhi and Nehru wrt the means to achieve freedom. Netaji’s INA took up cudgels against the British and many believe it was their efforts and sacrifices which led to British leave India.

News of Nehru / Congress govt. snooping on Netaji’s family is being seen as not only treacherous but also suspicious. Was there a deal between Nehru & British to hand over Netaji to them. All these answers will only be known once all docs are declassified.

BJP govt. which before polls batted for declassification has refused to do so after appointment giving excuse of impact on foreign relations and has taken the same stand as previous Congress govt.

Amid this controversy,  Surya Kumar Bose, grand nephew of Netaji  met in Berlin and raised the issue of declassification of all secret files related to the freedom fighter.

Under fire the Modi govt. has formed a committee to review the Official Secrets Act to examine the possibility of declassifying docs related to Netaji death or disappearance.

Is it only pressure from groups / family which has led to this govt. step? Is there a political angle to it. Bengal polls are due next year. BJP is trying hard to position itself as the main opposition party  to TMC in light of weakening of Left nationally. This issue is emotive for Bengal voters. If BJP is able to reveal the true cause of his death / disappearance it could gain electorally.

Congress is weak in Bengal. If the docs. put Congress in poor light, TMC won’t be impacted negatively. It could though impact revival of Congress nationally under Yuvraj Rahul…

BJP strategy is to show Congress in poor light and prove that it has only protected Nehru-Gandhi family. After taking claim of Patel’s legacy it wants to take up Netaji’s legacy as well….

Participate in debate on this topic at charchaclub.com

India’s economic growth this year and next will be better than previously assumed, overtaking China in 2015 to become the world’s fastest growing major economy and widening the gap further in 2016.

The valley erupted again last week with slogans in favour of Pakistan. Masarat Alam who was released by the PDP-BJP govt. held an anti India rally where slogans in favor of Pakistan were raised and Pakistan flag was unfurled. To recap BJP – PDP blamed each other for release of this terrorist last month. PDP is seen as pro Pakistan / separatists party when CM MM Saeed thanked Pakistan for the peaceful polls.

This had left BJP red faced Union home minister Rajnath Singh has asked the Jammu & Kashmir government to take immediate and strict action against separatist leaders who were part of a rally during which anti-India slogans were raised and Pakistani flags were displayed. Under pressure a FIR was filed and Masarat Alam was arrested.

This has led to protests in valley. Some foolish people still want to go with Pakistan a failed state. J&K is an integral part of India and will remain so. Not an inch of its soil will be given to anybody or allowed independence. People who don’t like India should leave. That should be the clear message of the govt. With a pro separatist partner BJP is playing with fire and needs to be careful.

Strategy of PDP is to be soft on separatists and get the sympathy of people in valley. It will force a re-election midway, try to sweep Kashmir which has 47 seats and form govt. on their own. BJP needs to be aware of this.

These six regional stalwarts have either already been defeated by BJP in their states (Chautala, Deve Gowda) or are fighting for survival in their states when polls happen next time (Mulayam, Lalu, Nitish). March of BJP has made them nervous and these tired and retired people have ganged up to take on BJP so that they can survive.

These parties had once teamed up with BJP to form a non Congress govt. and now with Congress support will fight against BJP. What a turnaround!

The hyper-political state of Bihar will be the first test for the Janata parivar in its new avatar. It remains to be seen how these egoist leaders who till few months back couldn’t take each other will work together. I seriously doubt that these maverick leaders can work as a team, each believes he is the supreme leader.

However, going by the adage “Marta Kya na karta” they might just stick together this time for some time.

Impact on BJP nationally not much but in specific states yes – UP & Bihar. If they win Bihar they will get the much needed boost. Let’s see how many months / years this new found bonhomie lasts….

The Congress heir apparent Rahul returned from his break of almost two months. He missed the important budget session, but why does he need to attend. He is the raja / king of the party. Other MPs anyways attended. He needed a break to rejuvenate himself. His constituency Amethi people came looking for him in Delhi but couldn’t find him.

Where was he, what he did these 2 months nobody knows. Our media which claims to know everything and unearth many scams had no clue where he was. Something fishy, how come they didn’t know. BJP which has been crying hoarsely and teasing Congress on channels about his whereabouts should have just asked its govt. where he was as he went along with SPG cover. A pure case of match fixing!

Congress said that Rahul had applied for leave from party president & his mother Sonia and she allowed the leave, so nothing wrong in it. Is Sonia the Speaker of Parlaiment? How can she approve the absence of a MP from Parliament? Only Speaker should have the moral right to do so. But it seems there is no process of taking leave from Parliament, one can at will come and go. Anyways the mother son duo have a dubious record of 50% attendance in previous Lok Sabhas.

The party workers were seen celebrating – firing up crackers. But what were they celebrating. Any guess? They might be hoping that Yuvraj has come back re-christened and enlightened. The chamchas / spokespersons were seen beaming “bola tha na” he would come back. But none of them had any clue where he had gone.

Rahul met farmers and plans to hold a grand anti land acquisition Bill rally with most of opposition parties supporting. The person who (I assume) knows nothing about farmers issues has suddenly become their saviour. Where was he when lakhs of farmers committed suicide in his party ruled state of Maharashtra.

Congress hopes that Rahul and the party could make a comeback through this route. Modi govt. honeymoon period is over and they have not been able to communicate properly the features of land bill to farmers. BJP needs to beware the party has a pro middle class / rich class image. Poor people / fare ears account for majority of population and if they go against it, it will be harmful in next elections.

While it need not worry about Rahul, it needs to worry about farmers opposition to land bill…. 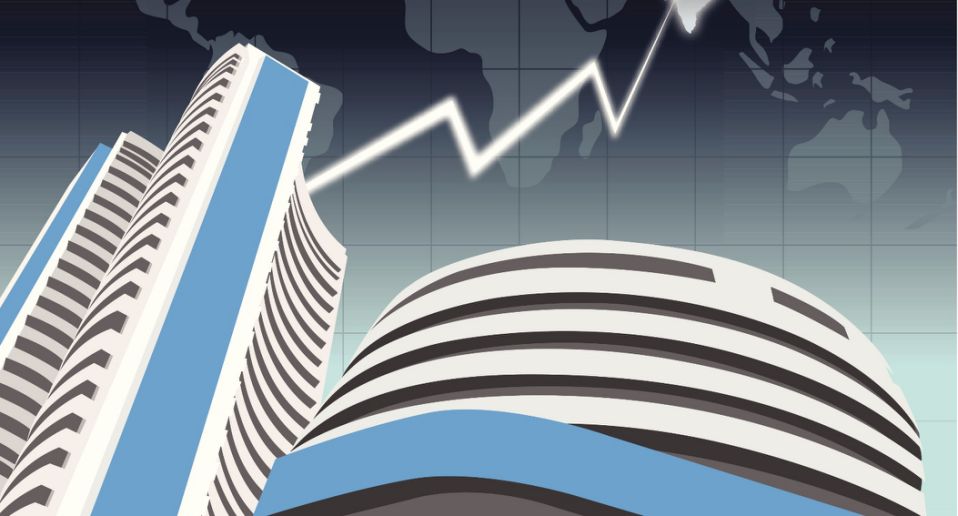