Nitish Kumar Chief Minister of Bihar resigned from his post yesterday taking moral responsibility for his party’s humiliating defeat in Lok Sabha elections. He has called for a meeting of his party MLAs today in the evening to decide the next course of action. His party won only 2 seats in 2014 vs 20 in 2009. The primary reason for the defeat was his decision to break away with BJP its ally of 17 years on flimsy grounds. This has been proved as a harakiri. BJP won 30 seats in Bihar partly due to Modi wave and partly due to sympathy as majorly people felt Nitish did wrong to BJP. If they would have fought together NDA would have swept the state. Nitish has not asked for dissolution of house.

In his presser he was on the verge of crying (poor chap), utter confusion prevailed, he said anybody could form the govt. On asked what would he do if party MLAs still name him as their leader, he said he has said goodbye. Sharad Yadav, Party President of Janata Dal (United) was conspicuous by his absence. He said in New Delhi, that he would speak to Lalu & all other secular forces to keep Modi at bay. Later he denied the story.

JDU enjoys majority in house with support from Congress and some Independents in 243 member assembly. JDU 115, BJP 91, RJD 22, Congress 4 and Others 11.

Why did Nitish resign?

1. JDU MLAs could re-elect Nitish as their leader and he would again become CM. He would say under pressure from party MLAs he is accepting responsibility again.

2. Some other person is elected as leader and he becomes CM. This could be from Sharad Yadav or Nitish camp depending upon who has the number in the party. Seems at this stage Nitish camp it will be.

3. JDU may refrain from forming govt. They would wait for MLAs to quit and go to BJP. 2/3rd of MLAs are required to split party and it will be difficult for BJP to split JDU (77 MLAs required). JDU MLAs which support BJP could resign in the hope of getting re-elected on BJP ticket. So as Modi claims if 50 MLAs of JDU resign and get re-elected BJP will emerge as single largest party. But this could take 3-6 months.

4. JDU and Lalu’s RJD may get together to form govt. (highly unlikely). Sharad is taking help of Lalu to counter Nitsh. Group led by Sharad plus support from RJD, Congress & independents may form govt.

Most probably either 1 or 2 will happen, Nitish comes back or he puts his right hand man to succeed.

The situation is fluid and there could be re-elections in next 6 months if MLAs as claimed by Sushil Modi leave JDU and cross sides. BJP is itching to settle score with Nitish and will do everything to trouble him.

In one of my first posts since I started blogging I have predicted that JDU will split post Lok Sabha polls, seems it is proving correct. Link below: https://politicalbaaba.wordpress.com/2013/07/02/bjp-part-i/

Two other state govt. will be in trouble – Uttarakhand & Jharkhand. Watch out for this space……. 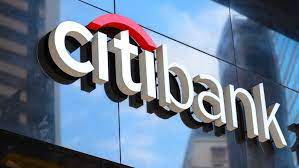