Rahul gave a fiery speech at All India Congress Committee meeting early this month. The day was rumoured to be the D-Day for his anointment as Congress PM candidate.  However, Congress didn’t announce him as PM candidate giving an excuse that this is not a democratic practice. Please see earlier post on the same.

Congress sycophants cheered Rahul throughout his speech. It was akin to a new lease of life for employees of an organization on the verge of bankruptcy. What else would do they do? This kind of entertainment gave them a few smiles. We will do this, we will do that… all futuristic. Not a word on what happened in the last 10 years – corruption, price rise, unemployment etc.  Opposition has good marketing skills he alleged, thought agency is being paid Rs. 500 crores for enhancing his image.

He said that we have six bills in Parliament which will transform the fight against corruption. When will these be passed? Your tenure is about to end! Why were they not brought earlier? Also ordered the PM Manmohan to increase LPG cylinder cap to 12 from 9, showing who’s the boss.

Even Congressmen were surprised, kya kha ke aaya hai Rahul aaj / kya chada ke aaya hai! Speech was televised across channels. Where were these speeches in state assembly elections? Why doesn’t he give this sort of a speech in a rally? Oh which rally, not more than 100 turn up for these rallies! So he chose poor Congress workers to torture them with his global gyan trial speech!

Mother Sonia was very happy, son had passed with flying colours (though teachers checking papers were fixed). She was a proud mother.  Her decision to pass over mantle to son Rahul and not daughter Priyanka seemed to be a right. She went home happy and content.

Few days later she read in papers about surveys for Prime Minister and was shocked to see son Rahul lagging at 3rd position – Namo, Kejri, Rahul in that order – even behind newcomer Kejriwal. Realization dawned on her, though Rahul had passed he still was last in race. No problem Soniaji atleast he will get a participation certificate…. 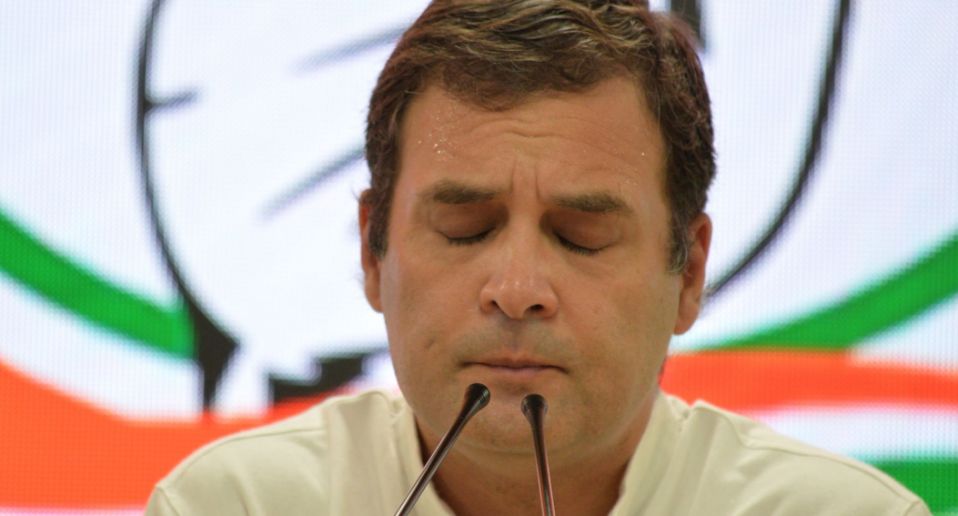